Congrats to the FPS Team for placing 6th in the State at the Governor’s Cup competition!!

Congrats to the FPS Team for placing 6th in the State at the Governor’s Cup competition!!  Sydney Hennessey, Gracie Greber, Ella Rolfsen, and Sam Lewis worked hard all year to get this far!!  They hope to get a bid to Internationals in June and repeat last year’s success at the highest level of this competition.

The Crusader Family is proud of ALL of our competitors at the State Finals:  George Barsan, Charlie Barsan, Noah Francis, Killian Hicks, Harry Barsan, Moira Fagarang, Andrew Goodwin, Jack Goodwin, and Mitchell Wolking.  They put in many hours of hard work, but the competition was fierce this year.  Several of our competitors made their first showing at the State Finals, and that was quite an achievement on its own.  Congrats, CRU!! 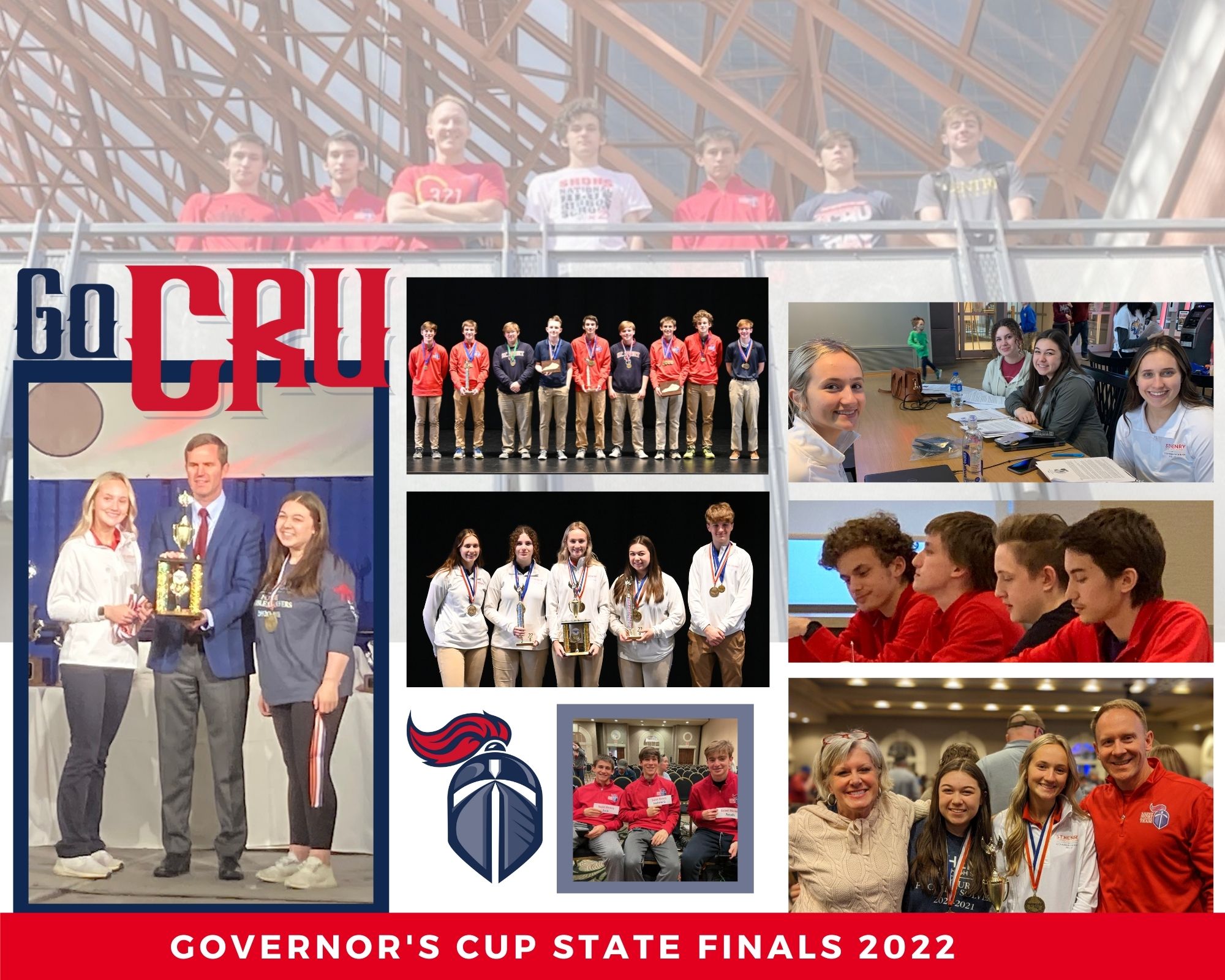